Roo and I are on a rare "both metaverse evangelists in the same place" trip to the east coast.
Yesterday was a fairly straightforward flight and a very quick entry in the US. We usually dread the queues at immigration but this was very quick and very slick at JFK. I was asked what i do for a living and said "metaverse evangelist". That could have led to a longer conversation, but I boiled it down to virtual worlds.... web stuff.
We had a meeting today in Hawthorne (an IBM research building). It was a mass gathering of many colleagues and people with a lot of coverage in virtual worlds. It was icredible to have a large number of equally enthused evangelists and IBM movers and shakers from all parts of IBM. Our coming together was quite a momentous moment and we sent all day sharing with one another what we were up to, spotting where we crossed over, where we fitted in a strategic and tactical space. It was the most intense and productive meeting, and thats after having done this for 2 years (My SL rez day was a few days ago)
Tomorrow is a more local Innovate Quick team meeting. as we are a widely distributed team in the CIO it is good to put physical presence to metaverse ones.
All this leads up to the next stage of the trip which is back from danbury to NY and the virtual worlds conference.
In the mean time we get to go to Somers tomorrow. So it will be more driving, sat nav and human assisted navigation.
However with the sort of signs and mass of information it sometimes get confusing for us poor brits. I took this today on the way into Hawthorne. This was a small road junction. 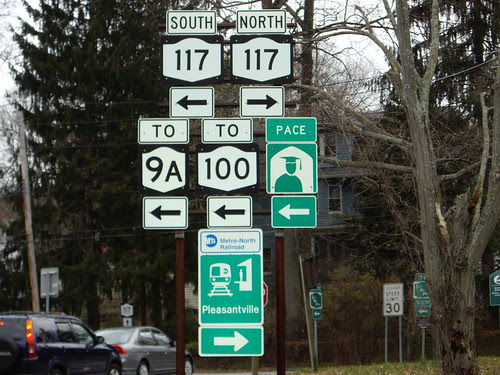 Roo also took this whilst I was driving us from the airport up to CT. 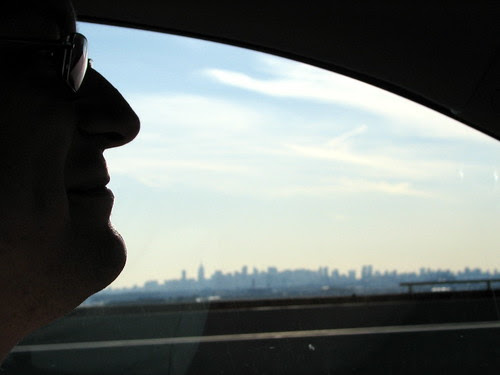 I know it makes us seem like we never travel anywhere, but as we turned into this road we both commented on how much this looked like America. Its just a combination of styles and the lorry/truck on the road, the stop sign and the madness of taking what is in fact a wrong turn as neverlost tried to get us to left at the next junction not this one. With the giant arrow though it is not clear !

Posted by epredator at 3:01 AM
Labels: metaverse mmo virtualworlds us ny

Hey, that first photo is near where I live in RL. Welcome to Westchester's model US town!