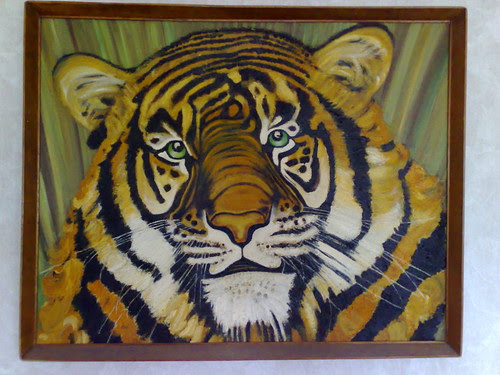 Having just come back from the social media media conference where I indicated just how openly I live my life it was sad news that I came home to find my 94 yeard old grandfather had passed away. Family at times like these are obviously a great support, but I felt the need to share outwardly with my twitter colleagues and friends.
"Rest in peace grandad. You lived your live well, fought for freedom in wwii, lived with honour and love of for our family. I will miss you"
I got a huge number of responses from people who I have both frequent and infrequent exchanges with. Some private responses some public. For me personally having built these connections and having had people share both work and personal things I felt it quite deeply that I was able to share this with them.
Its not pointless, frivolous noise, but some of the pointless frivolous noise has been part of the bonding in this connected world. That allows us to feel support and help one another at times when we really need to get more serious.
This picture is one that grandad painted. He had done several oils and lots of water colours.
I suspect that part of my need to create things comes from those genes.
The striking image became part of family life.
Grandad had had a veyr long and varied life and always was calm and collected about everything.
I am in no doubt the experiences in the desert with the eighth army made things at home seem not so troublesome or complicated. On the rare occasions he talked about the war it was clear that it was a very moving and scary thing to have been doing. He was injured quite badly by a mine exploding near him, but being an old soldier he recovered and got on with it.
In later years he had what woudl not be called an industrial accident, in a shoe shop warehouse back of the shop he ran the slefs and ladders collapsed. This knocked him out flat and damaged his back. For year as young child I remember grandad being on 2 sticks and hobbling about. However as he got older he got stronger and whilst he always had a bad back he got back to walking again like you woudl never know.
He spent the last number of years looking after my Nan who is obviously going to be devastated after all these years of marriage,
I remember Grandad with great fondness, the christmas tray game, the frog game, showing him what we could do with computers and digital cameras, skateboards.
He made my a scooter when I was about 4. His shed was a work of art in its own right, it was like the ateam. He would dissapear in there, take all sorts of odds and ends and make things. Even tin foil from sweet wrappers he would keep, but then fashion into something a toy or a garden bird scarer.
Resourceful and creative, and I wish i could be half as relaxed about things.
So goodbye grandad and thankyou for everything. I know you have found an even better place as part of the force now.

On the radio this morning Chris Moyles played Kanye West and Estelle. I did not catch all the lyrics but I really liked the line.
"Dressed smart like a London Bloke.Before he speak his suit bespoke."
Posted by epredator at 9:01 AM 3 comments:
Newer Posts Older Posts Home
Subscribe to: Posts (Atom)