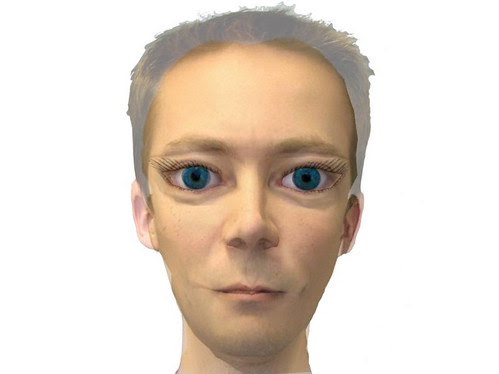 I have to work and share an office with this.
Roo blended his RL with his SL
I have blended my avatars instead :-)

Well I had to have a go with yahoo pipes and made a vanity pipe for second life references and me :-)
Posted by epredator at 5:10 PM 1 comment:
Labels: pipes, second life

Much rejoicing as the gamerpoints mount up

I finally overtook aidy in gamerpoints on Xbox Live yesterday. Whilst playing, of all things in this HD interconnected hi tech gaming world paperboy.
I am not sure Aidy realized that we were in competition, and its not that hard to rack up some achievments. However, as gamers we just play. We seem to have a similar set of games and turnover in getting new games too. He also seems to be slightly better than this aging gamer so I love a challenge.
I also rebranded my blades and gamer pic with battlestar graphics. Why, well I can and I like battlestar.

The second are the 'live' cards that will change over time so you will be able to see how much I have been beaten up for this post :-)

I love music but sometimes forget - Still the brits is great

We have got the Brits on TV tonight, live awards show. Firstly its great as it finally has come of age, gone live and suitably edgy. Russell Brand is a hoot and insane.
They just had Brand introduce Steven Tyler and Sophie Ellis Bextor (never would have thought I would ever see that) to introduce an award that the Killers got.
What was great was to see the Red Hot Chilli Peppers perform. I have been a fan since the first time I saw and heard give it away on MTV. I am so glad they have become such a mega band as people used to say 'who?', the same used to happen with Green Day.
The other weirdness is that I have to admit I really like the Take That song that the reformed boy band did. Patience as a song is crafted and performed so well that it is impossible to ignore. It seems like it could have been pushed out in any genre and work.

Now I have to say that I never thought with my rock, blues and rap portfolio that I would ever post a youtube link of take that!
I alway sused to make a rule I woudl not buy a CD (yes old skool) if it did not have a parental advisory sticker on it. But music is music.
And what do you know they just one the first live brit vote for the best single.
Posted by epredator at 9:23 PM No comments:
Labels: brits, music, take that

I was getting a little creeped out by the new guinness TV adverts. However, whilst watching the one in the middle of electra glide in blue on Film4 I bothered to follow the URL.
This website and the advert are as per usuall with guiness pure genius.
It reminds me of the I like monday video (must be a b3ta.com (viewer discretion a must))
Also there was a dnacing cow/cheesse online video maker back in the 99/2k era which I seem to have lost.
Still whilst looking for the odd cow rock video I found let them sing it for you again
Posted by epredator at 12:19 AM No comments:
Labels: guinessqw

Back to work - paternity leave is over

My paternity leave finished and I was back in the swing of things today. Thats not to say I have not been stil lin touch, both read and writing blogs, popping into Second Life and keeping tabs on all things metaversal of course.
For me everything it a continuum, a set of threads interwoven through many parts of life. Stopping cuts these threads.
Twenty, or even ten years ago these threads would not have really existed in most people lifes. For me though they do now, they are enabled and enhanced by much of the technology and by a willingness to use it.
Now its not to everyones taste, but for me it works. Seeing these patterns, keeping them going is a skill and not everyone can do it, measure it or even accept it, but the world takes all sorts :-)
Posted by epredator at 10:48 PM No comments:
Labels: threads
Newer Posts Older Posts Home
Subscribe to: Posts (Atom)