Rallytastic, Dirt on the xbox 360

I have been playing colin mcrea Dirt on the 360. It is very good! A whole heap of things to try, still though the real life rally stages in the scooby are the best

*updated video, longer and with some cool 2 wheel action in a lorry

I was also very pleased to get some decent times in 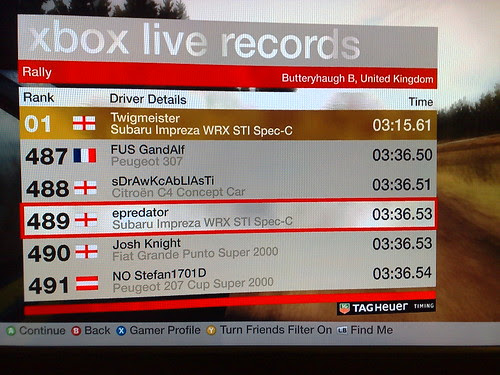 At the predlets preschool summer fair the band were playing dueling banjos, an odd choice but good fun. 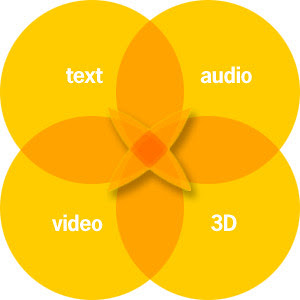 I love this picture that Eric Rice/Spin Martin has posted on Flickr.
The centre of the media flower is where people need to be.
Web 2 is Web do :-)

Any doubts about just how clever the wii interface is. Sophie(4) got par on her first go at wii golf. Even I was amazed, as I took about 12 to get around first hole 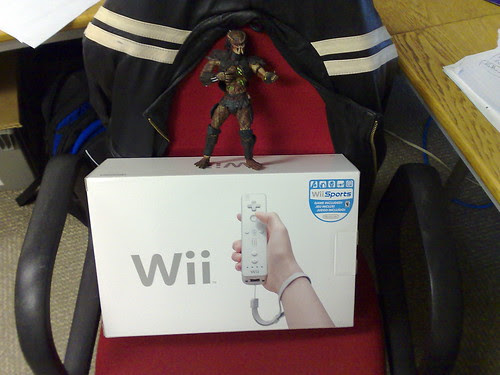 Our US wii's arrived a peoples choice award from the virtual universe community.
Being an import has its challenges, power, region lockout, hard to buy online wii points.
But its the thought that counts, and as it is the console i failed to buy on launch day, having got the others, it is very special to me.

Posted by epredator at 12:34 PM No comments:

More fun with the mobile

Out in the woods last weekend I took a video of the forest on my N95.
Whilst strolling around I then did an automatic "muvee" where the phone edits the video, adds some sound and makes it a little mini 3gp movie for sending.
I used a Cubism style and ended up making it a bit like predator vision :-)

Then I have just had the fun of trying to get a decent editor to deal with the original mp4. As Vista and windows and Nokia don't want to play nice with it.
The AVS video editor handled it well, though it claims to handle FLV's (from ustream) but I cant seem to get that working
Posted by epredator at 9:48 PM No comments:
Labels: n95, predator, youtube

Running live and running scared in Second Life at Wimbledon

Yesterday a team of us ran a mixed mode live event at Wimbledon. It was an amazing set of thigns we were trying to mesh together, with real people, press, telephones second life and live webcasting and recording of audio and photography.
Between Roo, Andy, Mark and I we managed to hit all the areas we wanted to hit. It was an amazing bit of teamwork for teh entire day. That teamwork and trust does nto come easy, Roo and I were in the main roon Andy and Mark we in a remote room.
Also though we had amazing support and trust from the attendees for teh press conference and the IBM and Text 100 team there. The press conference had been all arranged by Bill and Karolina, and Chris (the project director for IBM at Wimbledon) put a great deal of faith in us 4 mad SL/Web2.0 crew to work this.

Picture by Roo @ Flickr
The notion of a live event with RL speakers represented in SL we had observed was one that kind of works, but needed something else. We had Ian, Anne and Ivan providing their insight, via a telephone conference. They were not all going to be able to drive the Second Life interaction, so their words were transcribed and actions puppeteered into SL by Andy and Mark, who were listening to the conference.
Roo, and to some extent me, we in SL as ourselves to act as facilitators, back channels conversationalists and reporters on the event.
I was attempting a ustream, with my video cam pointed at my screen. It became very apparent that to run a camera and provide a live feed is also a puppeteer mode of operation and makes it much harder to enagage with SL audience with the same depth I would normally.
We ran 3 events, including one aimed at IBMers. We had all sort of people turn up aswell due to the map green dot effect.
I was a little bit annoyed at the number of times I lost SL, my laptop either crashing or SL dying, and I am also getting some very weird behaviour with my ctrl alt zoom on that machine (all of which made camera work a bit rough)
I am trying to edit up some of the video as I recorded a lot on ustream, but editing FLV files seems to be a little tricky with the application I have at the moment!

Anyway, I am really proud of everyone for both doing this and taking the risk. WE all learned a whole lot, which is a feature of the metaverse and of the rise of Web 2.0. You get to learn by doing, everything is live all the time.
Posted by epredator at 10:08 AM No comments:
Labels: secondlife, video live, wimbledon 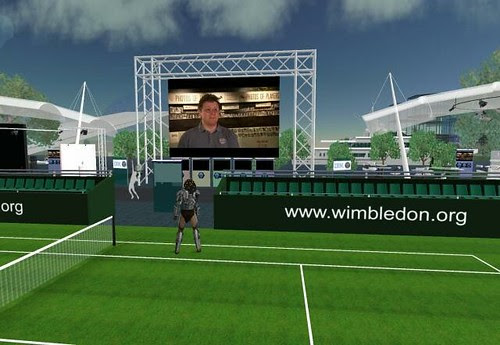 Posted by epredator at 2:20 PM No comments:

Ok, this is a minor virtual worlds media bit of coverage, but I was driving home at lunchtime and Edith's show on BBC radio 1 was all about virtual worlds, and a discussion. Initing people to say has it all gone too far, do we need social networking or should we just talk.
Normally I let these ones wash me by, but I heard some good discussions going on and equally the "saddo" and "no mates" and "if you have a good first life tou have no need for a second life. ha blooming ha not heard that one before.
So I pulled over, parked, took the keys out of the ignition as the law requires and texted to 81199.
Something along the lines of "Virtual worlds do not have to just be fantasy, they allow people to communicate and understand one another around the globe and that is a good thing. Ian from eightbar"
I got home, turned the main house DAB radio on and heard my comment read out :-) Jan missed it, so I hit rewind (as thats what the technology is for) and we laughed at hearing "ian from eightbar" and hopefully adding to a sensible argument.
So Radio 4(via tims book of the week) and Radio 1 via text in less than a week.
Maybe mrs serendipity is launching me to a media career :-)
Posted by epredator at 7:38 PM No comments:
Labels: mmo secondlife web3.0 radio1 radio4

We got back from a friends 4 years old birthday party and started to watch the Formula 1 race from canada on Sky +.
It was vyer amusing that Button's Honda did not get any drive off the grid. Given our recent hassle getting the FRV and the engine management chip being broken we can only assume that the Honda part has been removed from Jenson's car and is on its way to Alan Day honda for them to finally resolve our new car teething troubles :-)
Posted by epredator at 6:00 PM 2 comments:
Labels: alan day, f1, honda
Newer Posts Older Posts Home
Subscribe to: Posts (Atom)