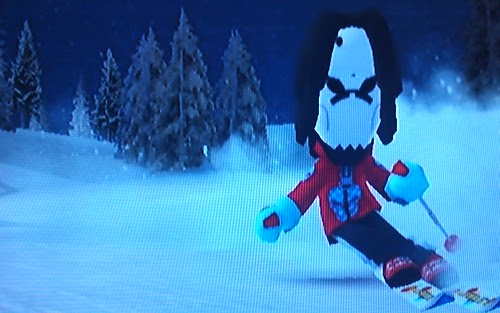 I finally got a wii fit, having missed the release due to some other cool xbox games at the time. Then they wer in short supply, but elemming and the predlets got me on for xmas this year. Wii fit itself is very good, though it said I was old and fat. However the other games I got family ski and shaun white snowboardingmake calf aching good use of the board. It rell is a great piece of kit.
So here I am on my xmas skiing holiday. Who knew us alien hunters could carve turns too?

Guitar Hero, rockband and quest for fame - Rock and Roll!

Why blog about things? Well a while back I blogged about both guitar hero and rockband and how much I enjoyed and remembered the original that I played way back called quest for fame with Aerosmith in it on the PC.
Not that post just sort of sat around, but when Hiawatha Bray was doing a piece for the Boston Globe he googled quest for fame and found me as a fan.
So we had a chat about it, its a tiny quote, on page 2 but I can now say I am in an ariticle with the father of all guitar hero games (in my eyes) Mike Fritz and also the father of blues Mr B.B King.
I first mentioned it on eightbar back in early 2007 then relinked to the flow of things here
It was a little confusing when I was contacted as it was not clear initially if it was my Companies involvment or my personal oppinion that was needed. Once we cleared that up, it was just me enthusing (as per usual) then we were good to talk :)
I am glad this has got picked up QFF needs its recognition in the timeline.
Lets Rock!
Posted by epredator at 11:09 AM 2 comments:
Labels: aerosmith, guitarhero, Questforfame, rockband 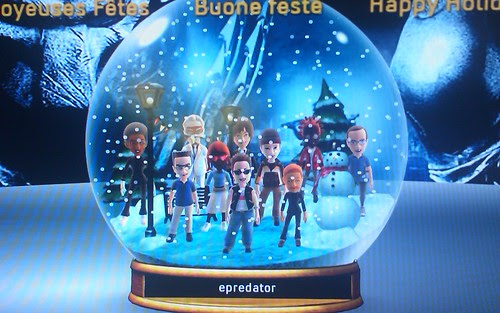 The new 360 dashboard has a cute snowglobe that randomly adds friend in with you. It also, if you wait a while, sees all the friends do a stadium wave. Nice touch.