More Linkin Park, I am a youth 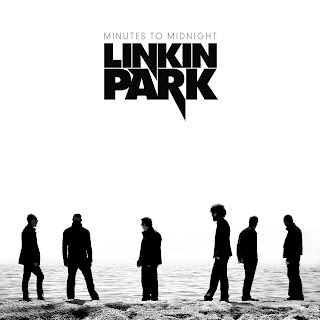 I got an email tonight from a marketing group, the account exec for youth marketing. It was to this blog, and presumably because I had written the post about how awesome the minutes to midnight Linkin Park album was.
The note was saying "always wanted to live like a rock star?" to which I had to reply I already am :-)
Anyway the point is that this is a much more forward thinking way to market and engage with people. In the note I was sent some promo pictures and given the rights to use them on the blog. Now that is how it should be really. Rather than the sometimes overly copyrighted imagery.
For me, well it was another reader to my non eightbar.com ramblings, but equally it ties in with the whole declrative living elements. If I tell people what I like, then they will work out it worth to talking to me.
This is much better than pure spam, for all concerned.
So here are my fellow rock stars and here is the promotional website (ironic that I used to work in a group called blueroom in IBM, the spirit of which lives on to this day.) 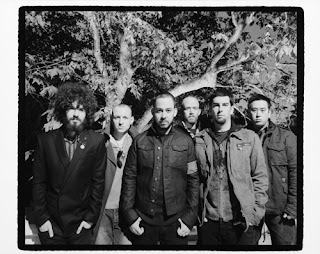 Posted by epredator at 11:17 PM No comments:
Labels: Linkin Park

My poor 360 has just gone pop. I now have the dreaded ring of lights, in bright red. It looks like a major hardware failure, with all the hassle of sending the box back :-(

Of course it could be it got fed of bejeweled and zuma and just toasted its own insides.

These things come in threes, we lost our phone line last night.

Oh well, my guitar hero antics needed to wait until my Second Life backlog had been dealt with. Some major instabilities and crashes meant I could not do some of the things stacking up.

The new Linkin Park album is out and about, Minutes to Midnight. It is very very good. I am a big fan of Linkin Park, that seminal track One Step Closer to the Edge back a few years ago got my attention, and I have been hooked on everythign they have done since. Whilst I may not be the demographic the inner angst riddled teenager never erally left me so many of the lyrics resonate in so many ways.
This album has such a divers set of songs, each is distinctivly Linkin Park, but also clearly each memebr of the ensemble is having their say.

Wake is a little instrumental start, and feels like its leading into something

Bleed it out is a persitent repition of a hook line, with singing passionate power scream that makes Linkin Park so powerful. The rap with blasting vocals mix is classic.

The Little things you give away is quite blur like, acoustic guitar, slow pace, electonica beat. A much more melodic lilting song with an awesome hook. Lyrically intriguing. "there be no mistaking the levvy's are breaking"
"All you ever wanted was some to truly look up to you, and six feet under water I do"
The whole song is 6:23 long song then brings in more haunting electric guitar. Nearest analogy woudl be november rain, but in a very different style, that comaprison is not that this is derivative in anyway.

Leave Out all the Rest is again a calm start, that works into a much more powerful blast. Still very melodic, no shouting. It sounds like a melancholy epitaph song.

Valentine's day does the classic Park, slow melodic twinkly start, but with a more 80's drum into a very powerful screaming power vocal. If I am making analogies it has a Pearl Jam feel to it.

What I've Done is the current Uk single. Superb feel and drive to his song. A mix of pace, again very clever lyrics, a much more pop based song, but with the chopping electric guitars in as it powers up. "Let go of what I done"

In Pieces, very quiet start, then and much more rolling melody then starts to move to the passion we get used to. The guitar has a reggae feel to it, or something like another 80's sound of latin quarter. This one is more of a grower than instant impact.

No More Sorrow is the most awesome track on the album. It is pure metal. Driving military power chords. Anger, power and fantastic passion. So unlike the other tracks in many respects.
"I see pain, I see need.
I see liars and thieves,
Abuse power with greed.
I had hope, I believed.
But I'm beginning to think that I've been deceived.
You will pay for what you've done"

All rapped up in guitar and rock

Given Up then has some hand claps and jingle bells beat mixed with driving Static X style guitar. The register is much lower, and has some of that extra metal low screech that might be called death metal.With a very long, A VERY LONG aaaggghhhhhh that if he held that for real he deserves a medal.

In between then messes with the hears again. A much more male singer and guitar semi hippy style. Like Jack Johnson or any of teh glut of male singers. It has a haunting cello. "The things I want to say to you get lost before they come
The only thing that's worse than one is none". It sounds californian. I do actually like it, the contrast to the previous songs is incredible and shows the diverse talents of this crew.

Shadow of the Day is a regular song in many ways, it makes you feel good. It reminds me a lot of U2. It makes to a nice subtle end to the album.

All in all this rocks. get it
The also have a good youtube channel
Posted by epredator at 6:09 PM No comments:
Labels: Linkin Park

I got back to the office today after talk to some guys in bedfont to find a parcel there.
It is my framed first page of my first patent issue. We do a lot of patents at work. Usually its the filing of the patent that is the important (getting paid, getting points) part. Once in the system the company may well use it, or abandon in in all sorts of ways.
This one however managed to get through and is a real genuine patent.
W00t!
It was a great idea around representing what people are doing in a real space or community. It was very web2.0 but the original file was back in 2002. Though the idea started in 2000.
It was also a joint one with Rob Lawrence, who used to be our creative director which makes it extra cool.

Posted by epredator at 6:08 PM No comments:

So mrs epredator and I had a night out at Kutis in Wickham. A new branch of a posh indian restaurant.
Greeted at the door by a gentleman in full ceremonial dress and whisked into a very purple environment.
The food was awesome, and some very different recipes aswell as the standard fayre.
Anyway, we were only out for a couple of hours but it was a great celebration of 12 years married.
It was a good time to take stock and consider the future. I still have no idea what that is, but I am sure some doors are now open that we did not consiuder before.
Of course I could just stil lbe believing my own hype, but what the heck :-)

It is great to be able get an extra, dare I say augmented reality, set of feeds and ways to consume things that interest you. Of course we could ask why we have to use so many devices to mash these things together?

Posted by epredator at 1:08 PM No comments:

The cards for perplexcity have an intrigue even for the youngest player. Of course I dont think she will be solving any silvers in the near future, but the future looks promising :-)

Posted by epredator at 12:46 PM No comments:

I tried to blog this from the phone via shozu but it did not work, so doing this via flickr instead :-)
Double dragon on xbox live ! Awesome and had to take priority over the forza demo.
Kicking it old skool :-)