PSP and PS3 remote play and Skype or not

Here is some more of the PSP remote play at work. The basic premise is that the PSP can, whenever attached to any network reach and turn on a paired PS3 anywhere in the world. This is also useful in the home when your predlets are watching kids tv but you want to get at some of the content.
Here though is a film I created on the PS3 on boxing day. Using the eye toy camera and eye create (a video editing/capture application) it has a load of effects in this case it was the time lapse of some present unwrapping.
So the movie is created on the PS3 and then streaming to the PSP.

Even better now though some of the playstation network titles are PSP compatible. i.e. You download a version of an old classic like PS wipeout, the game that started the next gen revolution way back. You can play this in full on your PS3 screen, or you can have the play streamed to the PSP. At least I think it is streamed. In some respects you cant tell if its an emulator on the PSP that loads the data from the PS3 or the PS3 rendering and sending. Given the main desktop and videos are streamed as images I think we can guess :-) 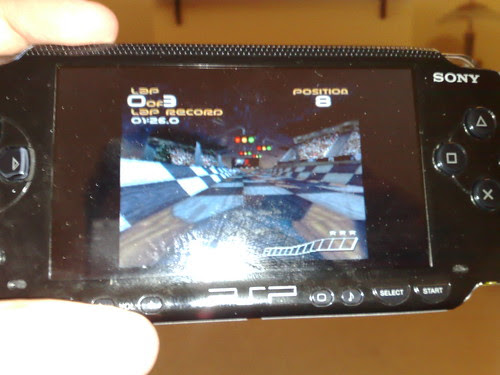 It is also a pity that everything does not work like this, after all if its just streaming images then why not have a go at anything, like PS3 Home
Come on Sony! 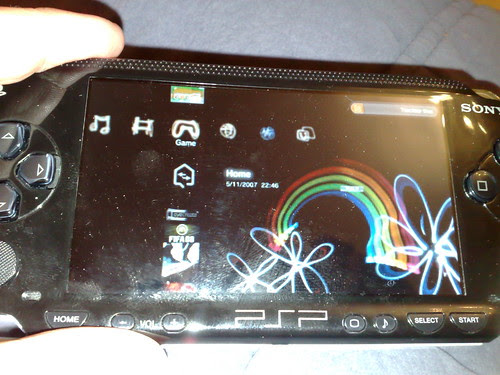 Also I am rather dissapointed that having got the latest PSP firmware to get ready for Skype on the PSP it turns out the Skype function will only work on the new thin and light PSP's not the original (and identical) regular fat PSP's. There is some basic messaging but not skype. Seems a bit odd really.
All we need now is wireless hotspots that are economic to use eveywhere.

Interesting. I've been experimenting with an iTouch, and find that being able to access real internet apps from anywhere is fantastic. The single biggest drawback I have found is the same one you have noticed - the lack of pervasive WiFi coverage as I travel around.

(Why an iTouch and not an iPhone? Well, try and buy a set of iPhones for use by an international team in France/Germany and the UK.)

I agree I was hoping that we would have more pervasive city wide easily accessible hotspots by now. It always annoys me my t-mobile account with 'internet' lets me 3g but sitting at an airport I can use the wi-fi without paying again.
BT have their plan here that all the wireless hub donate bandwidth across an area. Yet when you see cities like norwich in the UK doing city wide open broadband to bring in business you think there are some short sighted providers and councils out there

While it might be cool, who doesnt have a cell phone? I get free nights free weekend free long distance free calls to anyone on my network and free calls to 10 more people i choose.

VOIP is cool, but is it really that great on a psp?