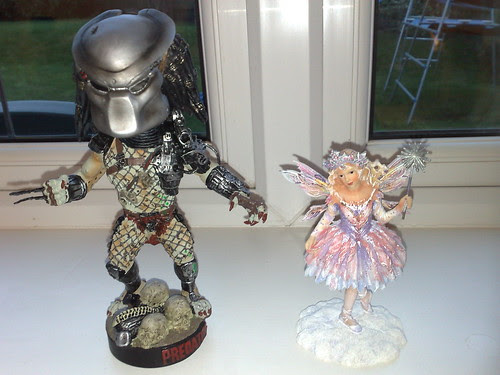 This week was the first full week at work for a long while it seems. It turns out to not be as bad as that may seem as there were a whole host of exciting in interesting things going on out there. Some metaverse related some web 2.0 related and some just cool.
I would really have loved to be at CES08, maybe next year :-)
So we had Scoble/Facebook/Plaxo locking horns. If nothing else it was interesting to see someone use their influence in such a clever way (I am assuming it was clever) it was also great to watch it unfold live on twitter as the script Scoble ran hit Facebook and then he got banned and his account suspended.
It was also very interesting to see Slash and Gates at Bill's final outing at CES. Slash coming on as a ringer in guitar hero but with his real gibson guitar playing the real welcome to the jungle.
I was in 2 minds about that. It felt Slash was selling out in some way, but equally it showed a sense of humour from both sides. The counterpoint of the geeky gates and the plastic guitar vs a rock legend and a hero was just bizarre. Slash of course has a great avatar appearence in GH III so it was not that random
Check out the youtube of all this just look for gates and slash :-)
I was also intrigued this morning on the Chris Moyles show with how he dealt with a very flat response from his guest Chris Rock. Now Chris Rock seems a high energy performer but it was the breakfast show and he seemed a bit not with it. Moyles did his best to spark and move the comedian as we could all feel it going flat. I nearly had to turn off the radio, but I love the show and it makes me laugh. It did start to turn into an observation of how to turn around a difficult siutation, live. So it was close to my heart given all the perfomances I end up doing when you can easily loose the audience.
I also spotted what was happening on my windowsill, hence the picture which just looked to me like Second Life avatars had come to life. Then frozen again :-)

Posted by epredator at 7:19 PM