The predlets were having a school Halloween disco and for a change I thought I would give Face Painting a try. I popped along to the local Hobbycraft and bought a small set of paints then wondered what to do. For predlet 2.0 I liked the skeletons I saw on various Youtube tutorials (of which there are many) The way the mouth and teeth are exaggerated looks very spooky. However he also wanted to be a bit zombie like. So I did a hybrid. I sketched a rough idea using a pen on my Samsung Galaxy Tab. 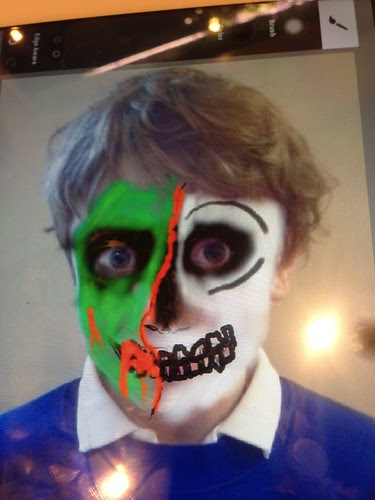 Then gave it a practice go a few days before. 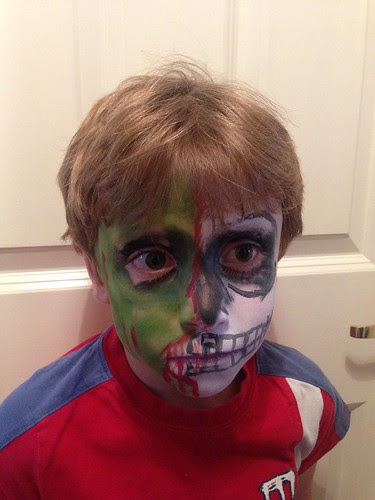 For predlet 1.0 it was a bit more tricky as she didn't want "a lot of that stuff" on her face. I found this great example of a face like a shattered mirror So I gave that a bit of a go. 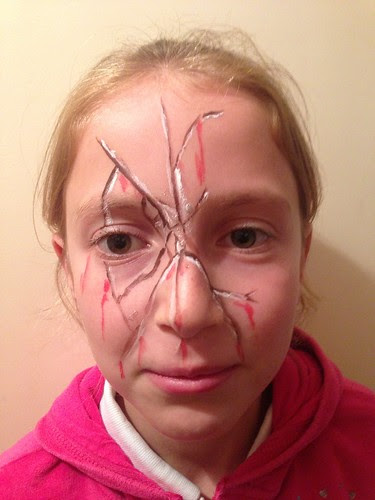 I had to make sure I could also do these in the time, as there was only a short gap between finishing school and getting back for the Disco too. Anyway it seemed to work Predlet 2.0 had a skeleton costume ( a hand me down from predlet 1.0 though hence the hearts) but he was happy with his hair spiked. 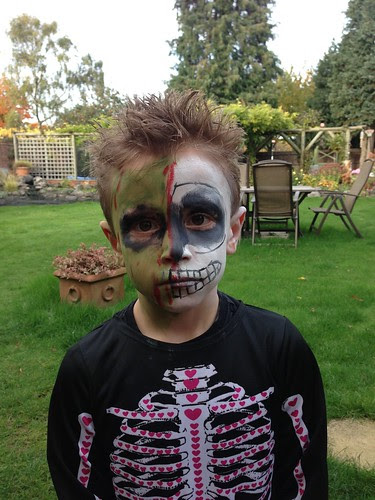 I added a bit more dirt on the green side just after this picture. The skeleton eye socket could have been better but as I had just spiked his hair (unlike in the practice) I couldn't put my hand on the top of his head to keep him still :) With predlet 1.0 I had done the original practice with brown lines, but went for black this time. White highlights for the edges. I added more blood and also used some glitter in the small breaks in the middle where the extra fracturing occurs. That was very effective. 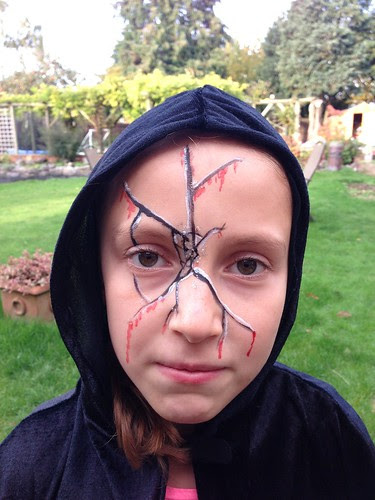 They looked the part and had great fun. I was quite pleased with the results but obviously practice is needed as this is quite an art form. 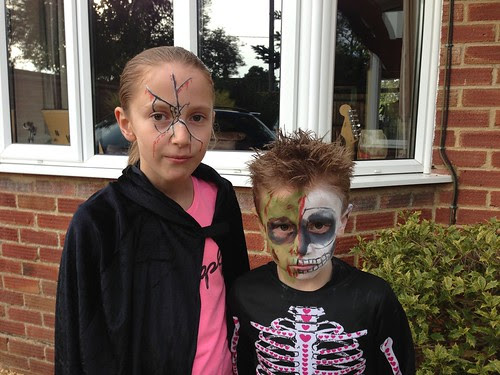 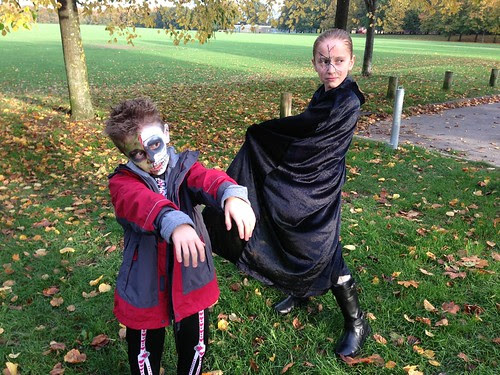 Loving your page. Found it while searching for Halloween makeup ideas and related stuffs. I actually don't have that creativity but it's fun so collect such photos and tutorials on my Pinterest board collection. Please allow me to pin some of your photos, pleaseeeeeeeee! thanks much and God bless!

Celebrity net worth is a website which reports estimates of the total assets and financial activities of celebrities. Read it for more information.