After an amazing few weeks of elite sports it was very exciting for both predlet 2.0 and I to have our next grading in Choi Kwang Do and successfully level up to Gold belts. This is the third belt so not quite the same as the years of work the athletes have been through to get their gold medals. However, it is all relative and contextual. 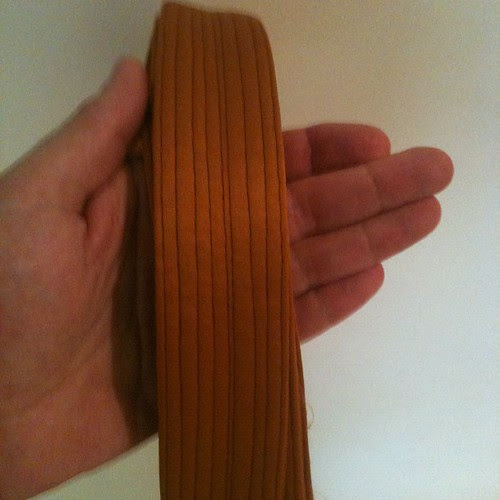 Even more importantly though was that predlet 1.0 did her first ever grading. Widely regarded as the most important. It's that first official step towards the higher belts. Subunim Evans presented her with here belt. 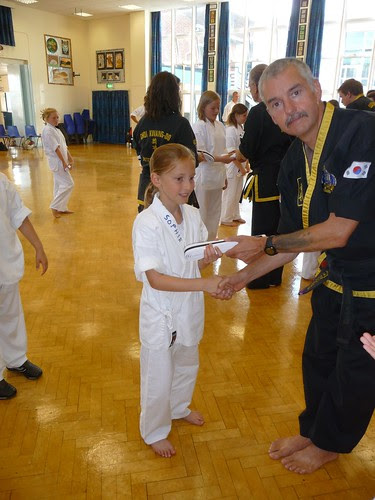 It was also a very exciting grading because several of of fellow classmates from South Coast CKD had earned their promotion to Assistant Instructors and moved into the bright blue uniforms. It was very cool to see this too. 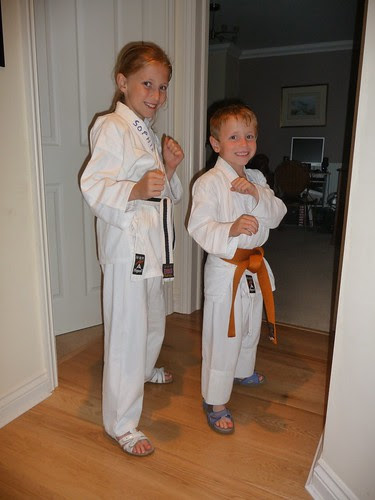 Yet another Choi event was Predlet 2.0 going along to his first Black Belt Academy. This is an extra special session run once a month for under 12's. It was great to see all the school owner and chief instructors, plus the assistant instructors come together to focus on the kids and get them doing some interesting extra things. It now means Predlet 2.0 will get some black trousers instead. These are used as an additional motivator to focus not just on Choi but on school work and a positive attitude to life.
We were also all very happy for Subunim Webster (who is our chief instructor) , Choi doesn't stop at black belt. There are coloured stripe gradings that lead to major black belt levels called a Dan. He received his brown stripe. One step away from the EE Dan (2nd dan).
So it's Pil Seung! all round (the martial arts motto - certain victory)

Posted by epredator at 8:59 AM