As we just got back from orlando doing the Florida thing I thought I would list the highlights. 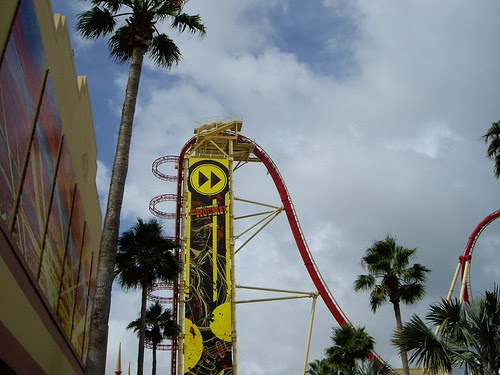 We had an unlimited pass for 2 weeks to disney, universal and Seaworld. In the 14 days we were there we only had 2 days not using those passes.
We were not in resort but in a house with a pool about 10 miles out from disney and about 15 from universal. We also had sat nav .
I do not think we were there at the busiest times but there were certainly some big queues, which we tried to avoid.
Due to coming from the UK we were able to do the most important thing at the parks. Get there early!
The tactic of identifying the main ride you want to do and heading straight there when it opens saves a lot of time and effort and also gives you an option to go to the second choice one in case of failures.
It is also often quite good to head straight to the other side of the park to things as people will meander along at the entrance taking photos etc.
We had a very mixed family group so we tended to not do all the big rides but checked the schedules for the character signings as the predlets loved those.
Must do's
1. Rockit roller coaster universal. A very long coaster, with a choice of music. I would not bother with buying the video that it takes of you as it is only a few seconds spliced into the music video and a 3d render of the track. The ride has some high G turns that almost hurt. I rode it once late when I was a bit tired, but first thing int eh morning the next time woke me up bigtime :)
2. Toy Story Midway at Disney Holywood . A cart 3d train that lets you shoot hoops and sticky darts at 3d cgi characters. This is for all ages and shooting by pulling a piece of rope is brilliant :) Its in the middle of the park behind the big hat. It seems to be the main draw as its the newest so head there first.
3. Rockin' Roller Coaster at Disney Holywood. Turn right and up near tower of terror. Still a great coaster.
4. Monsters Inc Laugh floor at Disney Magic Kingdom, in Tomorrow Land. Wrote about this on feeding edge
5. Live action stunt show Disney Hollywood Studios. Awesome car based stunts done for real.
6. Aquatica - This seaworld water park is worth it for the giant kids adventure playground and the rapids to float around.
7. Woody Woodpecker kiddies coaster Universal. This area did not open until 11am but there is hardly any height restriction.
8. Pirates of the Caribbean - Disney Magic kingdom now with added captain jack sparrow
9. Simpsons - Universal - Brilliant simulator ride takes a pop at lots of other rides including pirates as above
10. Spideman - Universal islands of adventure. Its spiderman, a 3d cart ride.
11. Give up listing its all just so good!
Yes I gave up listing the rides in order pathetic. Really pick a few big ones then meander around timing things to go to the live shows. We tended to only last until about 3pm then headed home for the pool.
You should also really take a trip out to kennedy space center. It's such an important an impressive collection.