A top the tower, having collected a gemstone 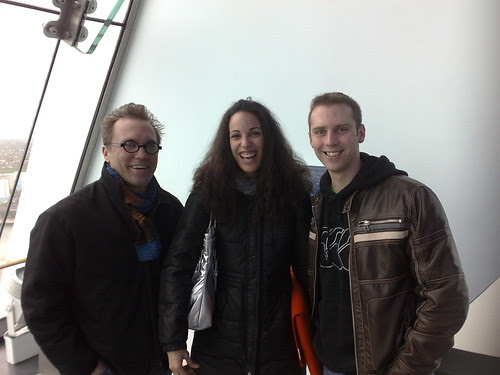 A top the tower, having collected a gemstone, originally uploaded by epredator.

Rita and Josh from Dancing Ink Productions are on a Global Quest to meet and talk all things metaverse and virtual world with people all over the place.
Rob and I, (Roo was away at a customer) met them on their way to the isle of wight, fresh from Dohar and Geneva, in Portsmouth.
Whilst we had a very long lunchtime meeting, talking some very deep subjects and futures we ended on a fun note by going up the portsmouth spinnaker tower.
Rita could not resist getting a 'gemstone' from a dispenser on the 2nd viewing platform, all part of gathering things on a global quest :-)
Over lunch Rita wrote loads of things down aswell as pushing some ideas around. Rob, Josh and I were also in full flow.
I doubt the people in the old customs house in gunwharf had much idea of the depth of future we were discussing.
Of course they may have just said "geeks!" and tutted :-)
It was also not wasted on us that as a set of metaverse evangelists we were discussing the future in a venue such as this
"The building constructed in 1790 is a scheduled monument and is believed to be one of first examples of a specifically designed office building. "
Also on the way out up the spinnaker tower as we existed the lift RL imitated Sl as a rather oddly dressed jester/clown was standing waiting for the lift back down. This photo turned out a bit freaky, the n95 was lagging a bit :-) 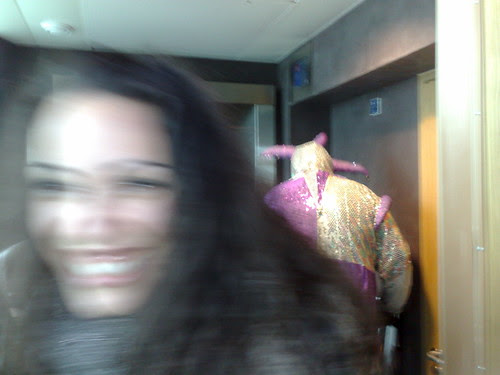 So good luck on the rest of your trip guys. Enjoy the isle of wight :-)