I just realized no trackbacks on blogger.com

I was scanning my blog feeds and ended up on wonderland about a battlestar game I then realized, after some hunting down that this blogger.com - its google its easy place doesnt do trackbacks!
What a pain!
So I am guessing I will have to look at moving. Trackbacks, both serious and comedy, are far too important to miss out.
Anyway the post was about battlestar and games and here is the game I have from back in the day 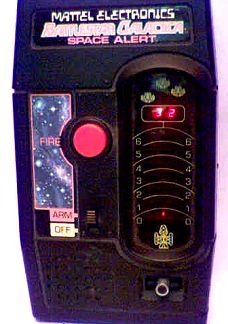 Will everything stop breaking?

Just before christmas my work laptop decided it had looked at the mean time to failure and it needed to blow up. It got fixed of course but it was a bit of a pain. Now my home desktop has joined it. It is a bit old, but I usually get a decent one to last for a good few years.
The laptop failure was fairly consistent, the desktop though.... Sometimes it powers up, sometimes it does not. Sometimes it packs in half way through doing stuff.
None of the diagnostics or apps I have seem to think its a disk problem. The fact even the bios startup does not always happen makes it look like something nasty and hardware related.
So it looks like I now have a new one on the way, assuming the credit card fraud detection has not annoyed the supplier. This also means I enter the world of Vista, so I guess it had to happen at some time.
That reminds me, I am veyr annoyed at msoft using "WoW" for vista as thats nicking Wow from world of warcraft. Deliberate?
I also had the pleasure of taking my car in for some new tyres. One on each corner was needed, oh and the brakes on the front were toasted too, so an expensive day.
Still, its all my own fault, using these things so much.
Posted by epredator at 9:56 PM No comments:
Labels: money

As a delightful counterpoint to Benidorm there is a superb programme on " the alchemists of sound" devoted to the bbc radionphonics workshop on right now. I have a special affinity to this group of explorative sound engineers and composers. When I was a kid I was brought up on Dr Who and lots of mad science programmes. When I got to filling in a career/personality survey when I was 8 yeard old it suggested I join the radiophonics workshop. Now I have messed with editing tapes, and cine film so appreciate the benfits of digital composition and the art of the analogue.
Roo has made some tunes but I wont expose the world to my my stop start and splice tape remixes though vince clarke got one of my c=64 creations in a competition
I even wrote an academic piece on music concrete(say in a french accent) back in the day.
I also spent a good few years with a reel to reel as a kid. Which is why I love computers so much.
There is art in the digitial and in the them of Dr Who! Who is not moved by that !
Posted by epredator at 11:50 PM No comments:
Labels: music, radiophonics. sound

Brits abroad - Benidorm on the TV

I have just watched the second episode of the cringe worthy Bendidorm. Anyone who has been to any of the places we have caused to be ruined will cringe and laugh at brits abroad.
It is a genius bit of writing, but hits the cringe nerve just like "the office" does.
The set of characters, an aging set of swingers with no moral compass, the posh couple who have booked by mistake, the gay couple disgusted by the manners and style, the family with a brat boy, pregant 16 year old and annoying mother in-law and Johnnyt Vegas with his mum as a pub quiz champion. Genius. I had to give it a go again. This time the real epredator. Not as instantly interesting as Second Life. However the more fixed nature of it may be a good model for more baked environments.

Posted by epredator at 3:29 PM No comments:

For a while now a few of us have been, and still are writing on eightbar. Many of the emerging tech founders of eightbar have now either started, or restarted blogs of their own. It is not a rock and roll split. but merely our needs to express some of our own interests and ideas. A communal blog you have to consider your fellow contributors.
Eightbar has also been a victim of its own success in all things metaverse and Second Life. So we have to consider what impact any article may have on a wider audience.
Daz had his blog for ages, Roo has become more prolific recently and the latest to join the fray is Rob. This is worrying competition as Rob often excels in everything he tries. Daz used to try and compile a list of things that Rob can't do and that was very short.
So far from a beatles/the who/guns and roses/take that/busted (delete for applicable era) band split we are in fact spreading our experiences and giving ourselves a bit of breathing space.
Well I think so anyway.
Posted by epredator at 11:47 PM 4 comments:
Labels: daz, eightbar, rob, roo

I am not sure how the Colts have managed to come back from the the first seconds kick return in the superbowl, but repsect to them.
Prince did a very good set at half time. Purple rain was very good as it is chucking it down with driving rain.
They have 47 HD cameras, so we are getting to see all the rain drops close up and personal.
***Update I managed to miss the last few minutes of the superbowl, due to an overwhelming desire to sleep. However, good on the Colts for their 29-17 victory. I am sure my congrats will mean a lot to them :-) I am still not sure how they managed to get back from the crushing first few seconds.
Posted by epredator at 1:35 AM No comments:
Labels: superbowl

The coverage is off an running to 176 countries for the Superbowl (for me on Sky HD.) I am always struck by some cultural differences and some TV madness.
We have Cirque de Soleil doing the pre game show. Probably a little bit too soft I would have thought, more like an Olympics. Still Janet Jackson, mind you that was mid game ?
Billy Joel sand away at the national anthem. It was good as he seemed to just sing it. Very often there seems to be lots of over interpretation and changes put into the song. Some thing that tends not to happen with other national anthems.
There was an amazingly well times fly over of jets just as the song finished, very impressive.
Then there is the coin toss. It is a massive ritual with lots of statistical analysis afterwards. A quote from Kevin on Sky "At the end of the toss one team has the ball one team does not"!
In this case Chicago won the toss, made my ex Dolphins star player Dan Marino.
So I am sitting here and now am eating my own words. Chicago (Hester) just recieved the kick, and most amazingly the ball was run the entire length of the field to score ! The 8th kick return for score a touchdown in Superbowl history and the first ever on a starting kickoff!
I need to stop typing and start watching. Go Bears :-)
Posted by epredator at 11:20 PM No comments:
Labels: superbowl

A room with a Roo Roo and Rachel came around today to meet Sam.
Roo had been off on a work trip to NY and was no doubt jet lagged.
It was good to see them both. Sophie really enjoyed her present a "make a phot album" kit that she got straight into. Sam has a really cure cuddly lamb and I have my techno pack from the work trip, including a very cool Samsung yp-t9 MP3/Video player for some work testing in the near future.
We both noted the irony of some recent converstations

I am looking forward to watching the NFL superbowl tonight. I finally get to watch it in HD, thanks to sky sports and my christmas present of an HD box:-)
I have always had an interest in American Football since way before it got coverage on Channel 4.
It used to have highlights of the superbowl on World of Sport with Dickie Davies, usually with the Steelers or the Cowboys back in those days.
I got to play it at an american school in Norfolk one afternoon when I was about 12. I did not think I was overly aggressive but someone managed to break their fingers on me.
The only pro game I have seen was the New England Patriots a few years ago in an opener against Arizona Cardinals. It was a superb sporting experience even if they stopped you buying too much beer.
I was not too sure who to support in this case but I am swung by people I know and where they live
Posted by epredator at 4:10 PM 1 comment:
Labels: sport, superbowl
Newer Posts Older Posts Home
Subscribe to: Posts (Atom)